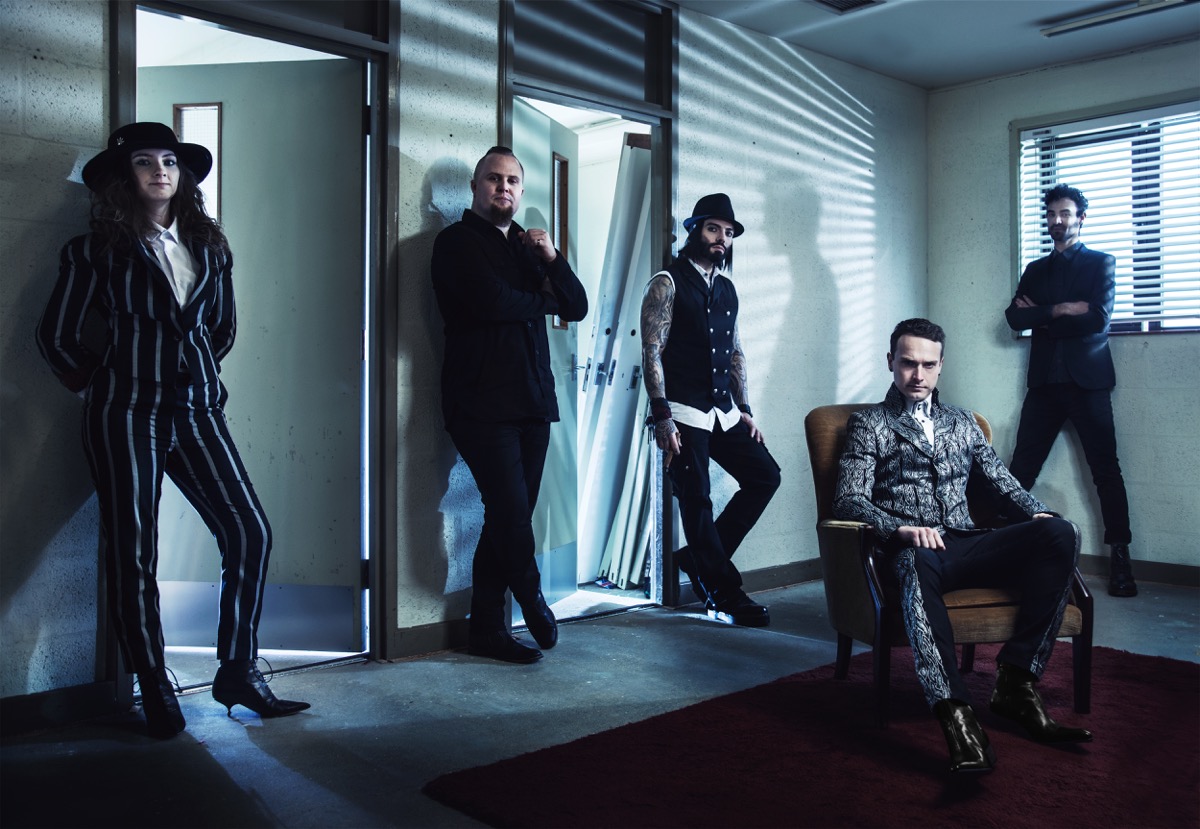 In 2015, having toured the globe for four years fronting Heaven’s Basement [Red Bull Records], Aaron Buchanan walked out of one band and immediately into a studio just out of London with producer James Curtis-Thomas, guitarist Ryan Woods and sister & guitarist Laurie Buchanan. In the years prior, Curtis-Thomas and Buchanan had spoken many times about producing a record with deep, mature, and colourful content; just a few months later and a stint for Buchanan in Australia where many of the vocals were tracked in a shed just outside Brisbane, the now critically acclaimed and award winning record “The Man With Stars On His Knees” was born out of a tiny studio just outside London with no hot water or central heating. A true testament to the belief in the music and vision Buchanan had bought to the table.

|| CULT CLASSICS || as it is often referred to at shows and on social media was pulled together by the Buchanan siblings and officially launched in mid 2016 to the delight of the many thousands that followed the previous bands Buchanan had been a part of. It quickly became apparent that the new band were highly anticipated by both the media and the public as reviews and social media posts exploded across the internet. This was followed up by a PledgeMusic campaign that topped off at 167% of the asked total. The debut album ‘The Man With Stars On His Knees’ was released in May 2017 to exceptional media acclaim. The album has been supported strongly by Planet Radio who play-listed the two lead singles ‘All The Things You’ve Said And Done’ & ‘Dancin’ Down Below’. The current touring line up consists of Paul White – drums, (Formally of The Defiled), Mart Trail (Grim Reaper) – bass, Tom McCarthy and Laurie Buchanan on guitars with Aaron Buchanan.

The band secured tours with INME, Life Of Agony, choice slots at Download Festival, Ramblin’ Man Fair, Wildfire Festival, and a hugely attended appearance at Camden Rocks in London amongst others. The band also secured a hugely successful month long European tour with Royal Republic to round off 2017. In 2018 the band have performed at Hard Rock Hell alongside dates with Skid Row, The Quireboys, Bad Touch & Skindred.

2019 is off to a great start that see’s the band signed to Listenable Records & a re-release of ‘The Man With Stars On His Knees’ coming out at the end of February with the addition of two bonus tracks and a Download Festival slot just announced.

« Think Soundgarden. Think Muse. Think power. And think of a band who can back up a big riff with an even bigger chorus. » was a line used to describe The Man With Stars On His Knees by Team Rock.

« Buchanan is back on his feet, and swinging from the heavens. 7/10 Classic Rock Magazine »